James and I were fortunate enough to attend what I think would’ve been one of the last face to face courses in Bowral in early March with Karen McClay, before the COVID lockdowns. I remember leaving that weekend, us both feeling so well informed and not anxious about labour and more connected as a couple with the focus on this little person we were about to bring into the world. Before that life had been its usual busy self and we hadn’t had time really to stop, think and digest.

I just remember looking down and all I could see was her odd shaped head with a white cap where the suction had been, but when I looked at James’ face I could see he had fallen in love with her instantly as she had her big blue eyes wide open and he kept saying “she’s perfect, she’s perfect” and I knew that things had changed and he had a new love in his life!

Leading up to the labour we used the Calm breathing techniques at night before we went to bed and James would be the one that was driving to make sure we did them.

Neither of us are medically trained people (both office bound) and school biology was a long time ago, so facing the prospect of labour was making me anxious. I went through the MGP at St George Public and they highly recommended the Calmbirth program. Following the course we both felt like we had the knowledge and tools to confidently birth our baby and I could write my birth plan with conviction.

My waters broke at 4am on a Friday, to be honest I wasn’t sure what had happened as it didn’t “gush” like the movies, but following a bit of googling and a call to the midwife to confirm, I knew things were in motion. Although I was 39.3 weeks pregnant, it took me by surprise as I was convinced the baby would be overdue! We had to go into the hospital for a check and were sent home with a 24hour window before they would induce me.

I really wanted to have a spontaneous labour and not be hooked up to machines, as following the Calmbirth course I could appreciate what induction practically meant, before I didn’t know. Luckily by the time we got home at 7:30 my contractions had started, they were irregular but building intensity. We continued as much as possible with a “normal” day (another tip from the course), even taking our dogs for a walk – although the route which usually takes 45mins, took about 2 hours with me stopping every 10 to 15 mins to breath through a contraction, but the movement helped, again another insight from the course how important movement was.

By 2pm the contractions were getting too intense for me alone to breathe through, so we put on the TENS Machine and I spent the afternoon breathing through them on the exercise ball in our darkened baby’s room. James encouraging me the whole time. By 6pm I felt it was time and we called the midwifes to say we were coming in.

Once settled in the birthing suite, the midwife helped me continue to breath through the contractions moving around the room and I still had the TENS machine going. At around 8pm they checked and I was 8cm dilated and the midwife said I had done most of that work at home. I was so very surprised and proud of myself in that moment. The TENS machine was becoming less effective, so I got into the bath and spent another hour breathing through contractions with James encouraging me. During the bath I went through transition and the “bearing down” urges started, we thought we might actually land up with a water birth at one stage! The midwife couldn’t get a good read on the baby’s heart rate and my contractions were slowing to every 10 or 15 mins apart – so they got me out the bath (around 10pm) and we put a clip on the baby to monitor its heart.

At this stage the pain was intense but not unbearable and I kept calm and breathing trying to push my baby down. The midwife had to coach me through my bearing down contractions as I was still trying to “breathe through them” and not “use” them, towards the end its got quite tough as for every contraction (given then were now 15mins apart) I needed to bear down at least 3 times, where I could only comfortably do 2 big pushes. All this time still moving around and trying different positions (squatting, bending on on knee with other up etc). Eventually I was tired and the baby’s heart rate wasn’t recovering fast enough after a contraction so they called in the obstetrics team to assist. I was so close though and they could see the baby’s head and I could feel it.

It was a bit daunting having about 10 people rush into our nice calm delivery room and being asked to get up onto the bed with feet in stirrups. But we both remained calm and my husband joked with me afterwards as when the OB introduced herself I proceeded to have a good few minutes chat with her asking where she was from etc as if I was conducting small talk before a business meeting!

We tried one push with the OB team watching and then they made the call to do an episiotomy and use the vacuum, explaining what they were doing and why. Throughout this whole process, I just kept breathing and remained calm and trusted in the medical team. Having the knowledge of what the different options are for an assisted delivery from the Calmbirth course, made it so much easier for us both to navigate the decisions that needed to be made without anxiety or fear. I knew what the OB was suggesting was not compromising my wishes and in the best interest in my health and our baby’s. By this stage I was also so tired, I just wanted someone to help “pull” our baby out to be honest.

Charlotte was born at 22:59 after two more pushes with the umbilical cord wrapped tightly twice around her neck and I just remember her being so blue, but once unwrapped she let out a big cry and came straight onto my chest. After the pediatric doctor had checked her out on my chest, James came around to see her.

I just remember looking down and all I could see was her odd shaped head with a white cap where the suction had been, but when I looked at James’ face I could see he had fallen in love with her instantly as she had her big blue eyes wide open and he kept saying “she’s perfect, she’s perfect” and I knew that things had changed and he had a new love in his life!

I remember just feeling so incredibly proud that we had done this and I’d managed to do it without any drugs and I’m sure that’s one of the reasons Charlotte came out so bright eyed. I know that the knowledge and tools the Calmbirth equipped me with gave me confidence within myself that my body was designed to labour and gave us alternative techniques for the pain management (TENS machine, breathing, movement, hot bath), before just restoring to drugs, which honestly was my view before I attended the course as I just thought that was ‘what happened and the only option’. Also I feel Calmbirth really helped change my approach and mindset to labour, it replaced the fear and anxiety with knowledge and tools to cope and helped us set the right tone from the start, which assisted massively towards the end.

Although I got so close to going “natural” all the way, I was incredibly happy with my labour and know for next time I’ll know what to do and use the bearing down contractions properly from the start.

Karen, I  cannot tell you how much the Calmbirth course helped prepare us both and was honestly the best thing we did throughout our pregnancy. I did not feel afraid or anxious at all and had the confidence within myself to do it and James had knowledge and tools to help assist me throughout. 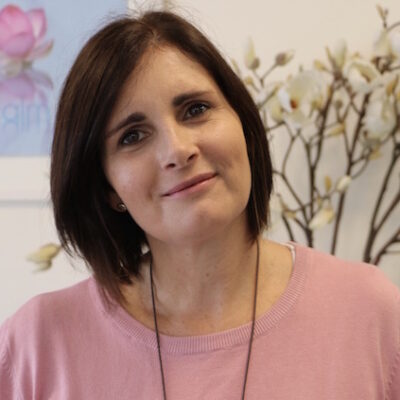